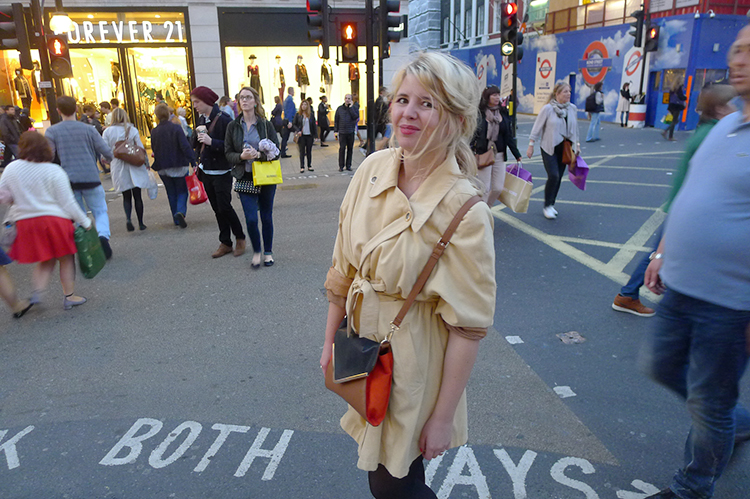 I always seem to find myself coming back to London. We stopped by on a last minute weekend trip in the end of September. My fourth visit in the city. When in London, you are just thrown straight into the city pulse. Arriving Friday night, for a stay less than 48 hours, we had just the right amount of time to enjoy it.

We stayed at a great hotel in Mayfair, Millennium Hotel. Close to Hyde Park, close to Oxford street, walking distance to both Soho and Harrods down in Knightsbridge. More or less an ideal location. 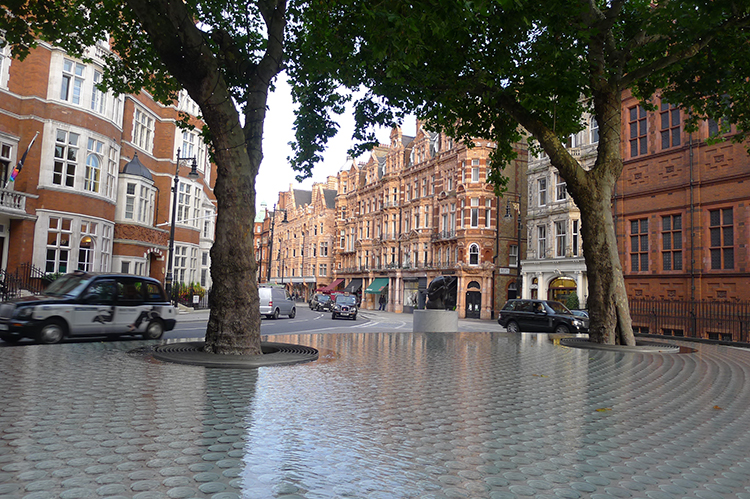 For Friday night, we had booked a table at Gordon Ramsay’s Maze ahead of time. An Asian fusion restaurant, serving small dishes packed with flavor. Atmosphere and food was vivid and exciting. Just as we were leaving the man at the table next to us got down on one knee and proposed to his lady. Champagne was flowing and her eyes filled with tears. Fittingly his name turned out to be Romeo, which he told us as we were congratulating them on the engagement. His Debbie was filled with joy. 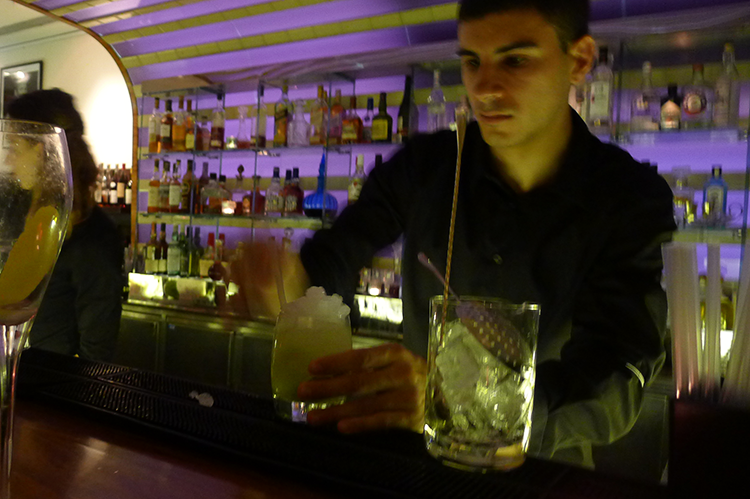 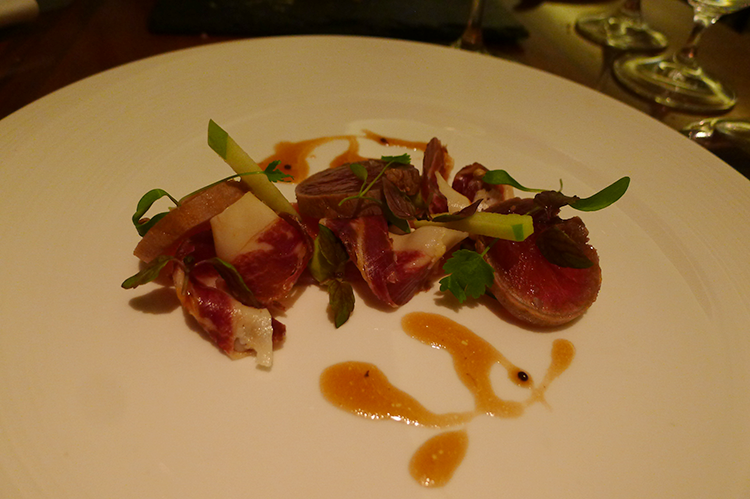 The next morning we took a walk around Mayfair and ended up eating a full English Breakfast at Chalet, a small restaurant on Grosvenor Street. Just six tables and with the most amazing service. The restaurant owner served up one of the best breakfasts I’ve ever eaten. Maybe not much to the eye. But the flavor of the omelet and the savory bacon was breathtaking. Do stop by if you are in the area! 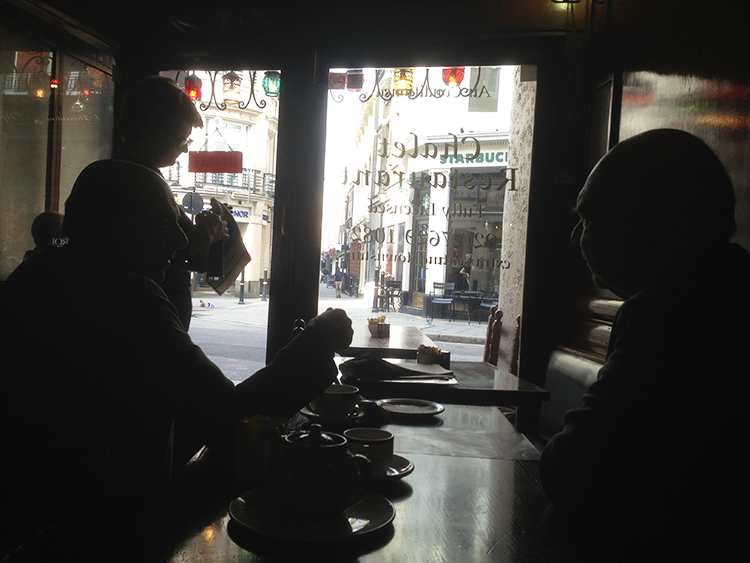 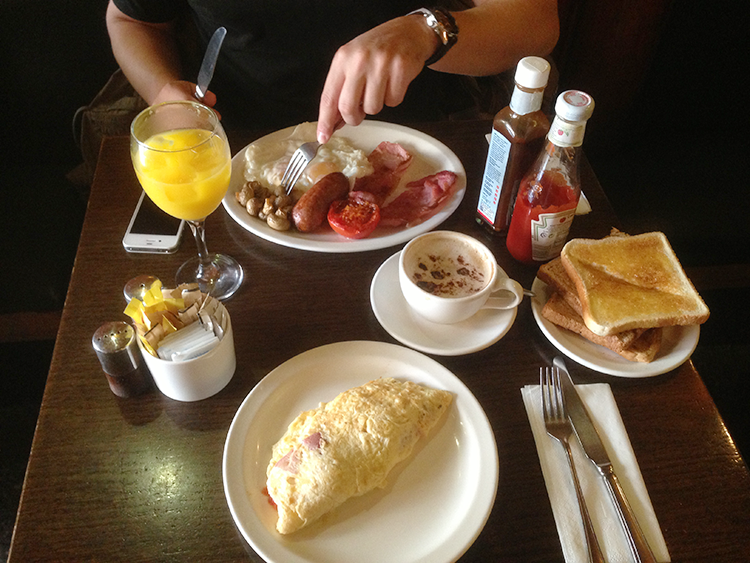 We made our way down to Harrods, crossing Hyde Park. Beautiful, warm fall weather. Hyde Park filled with both people and squirrels. When entering the streets filled with high end fashion brands we watched people and listened to a violinist right outside of Harrods. Well inside, we visited the Champagne bar on the second floor and enjoyed some Spanish almonds. To think of it, it seems almonds are taking all the more attention away from peanuts. Being served with drinks basically everywhere in both London and Stockholm. All fine by me as I prefer them any day. 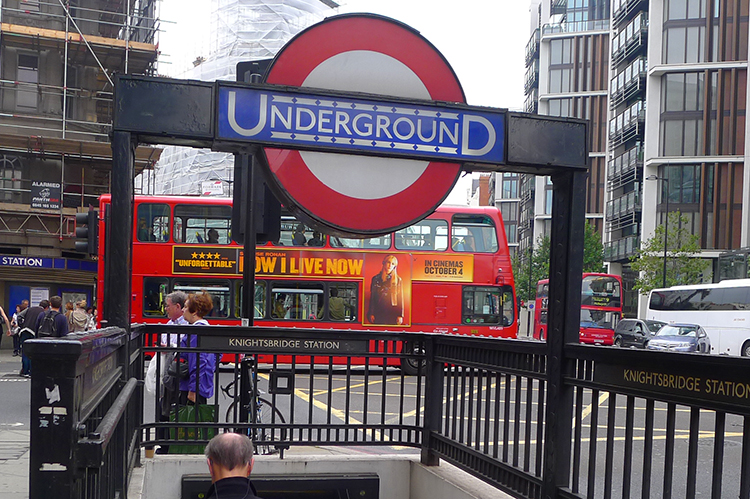 For the afternoon we had booked an Afternoon Tea at The Chesterfield in Mayfair. Chocolate scones, tuna and chicken sandwiches and a selection of seven different pastries. All served with champagne, of course. Once again we had the opportunity of witnessing our next table neighbors propose. Two engagements in twenty-four hours, who would have thought? 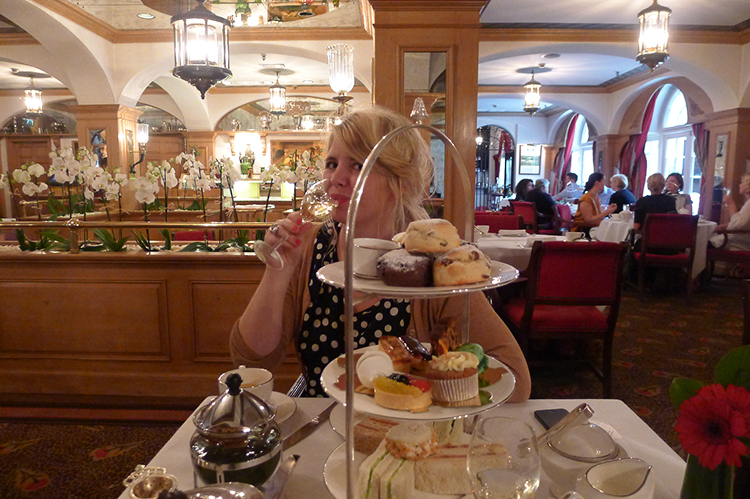 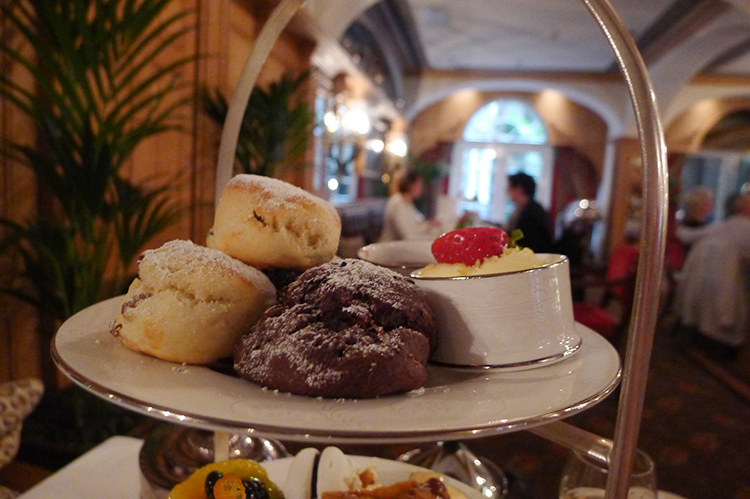 We did stop by Oxford Street and the busy crowds and visit some stores as well. As is a must when you are in London I suppose.

Later that Saturday night we took a stroll to Soho. I had gotten a recommendation of a small tapas restaurant, Tapas Brindisa Soho, over on 46 Broadwick Street that would supposedly blow our minds. And so it did. Perfect dishes; everything from my favorite tapas Pimentios del pardón to fish of the day, ox cheek and garlic fried prawns. We also ended up having drinks at a Cuban bar on Wardour Street. Mojito for me, of course. And a French 75 for Fredrik. 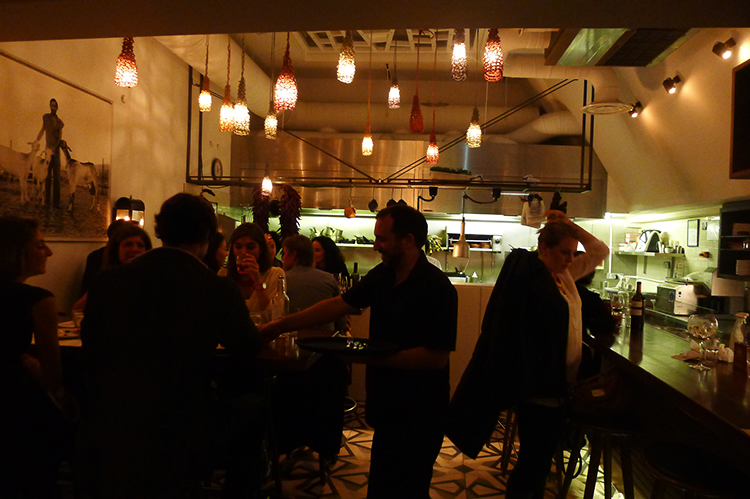 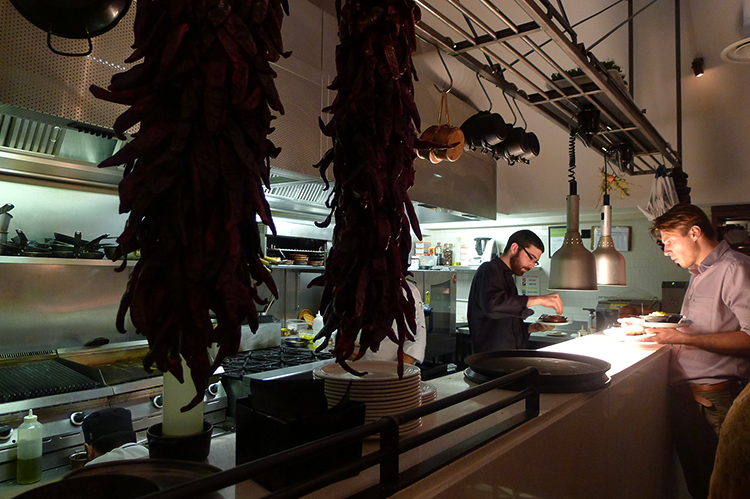 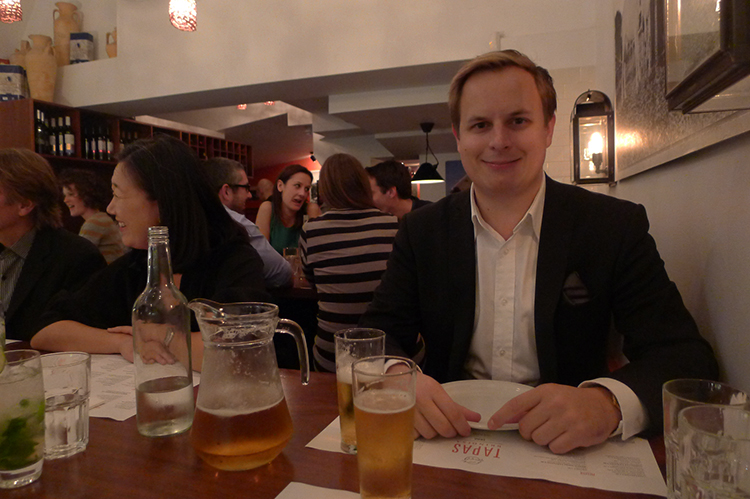 Sunday morning already. And to get as much impressions as possible we decided to take a ride on one of the many double-decker buses and go around the city. Big Ben, Trafalgar Square, Piccadilly Circus, The London Eye, Buckingham Palace. 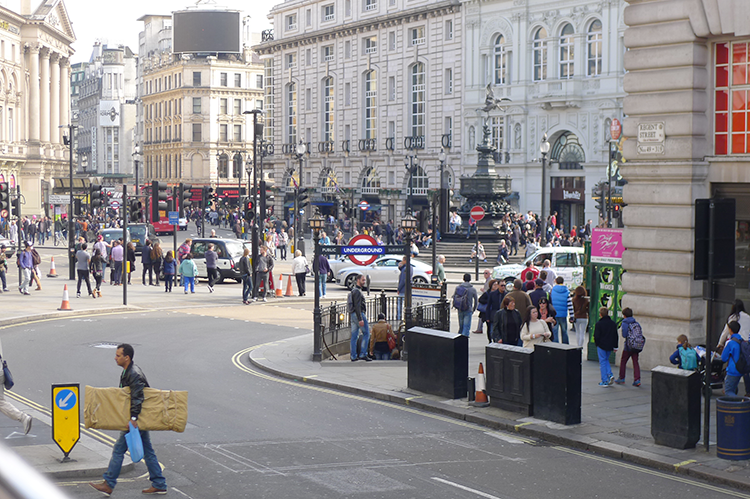 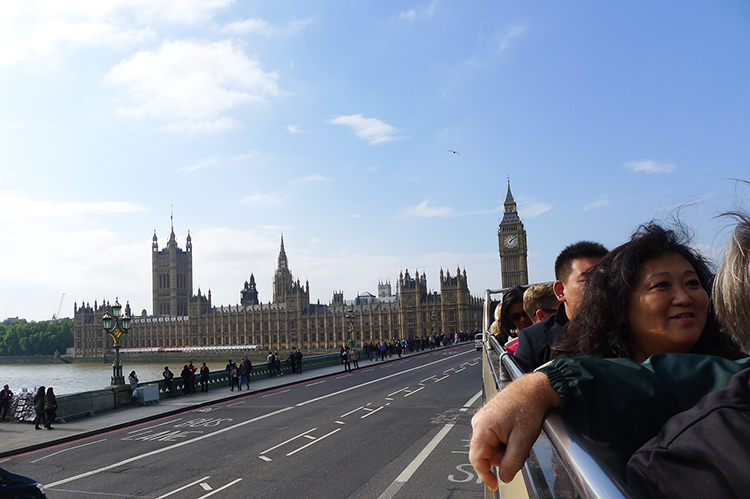 We had been recommended to jump off at Tower Bridge and walk north east towards Brick Lane. The place to go for the best curries in the city, as told by a taxi driver from earlier that Friday. And one of the places neither one of us had visited in London earlier. Trust me. If in London, take the time to visit Brick Lane. The contrast to central London is absolute. And the curries truly are amazing. 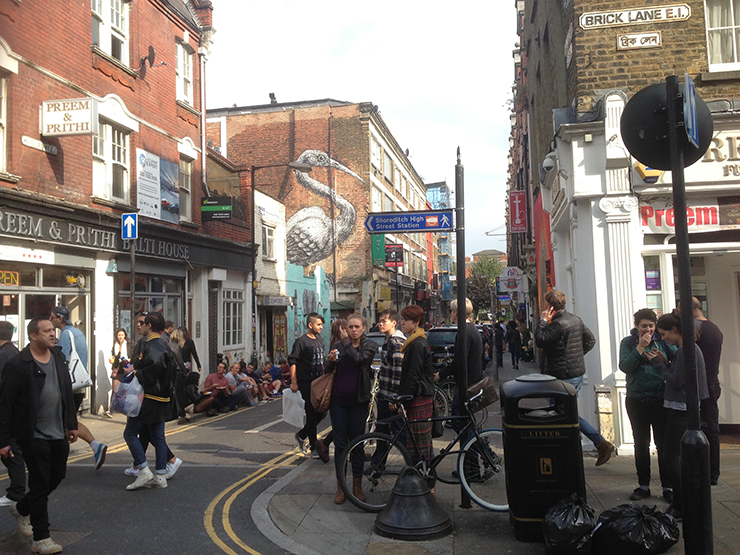 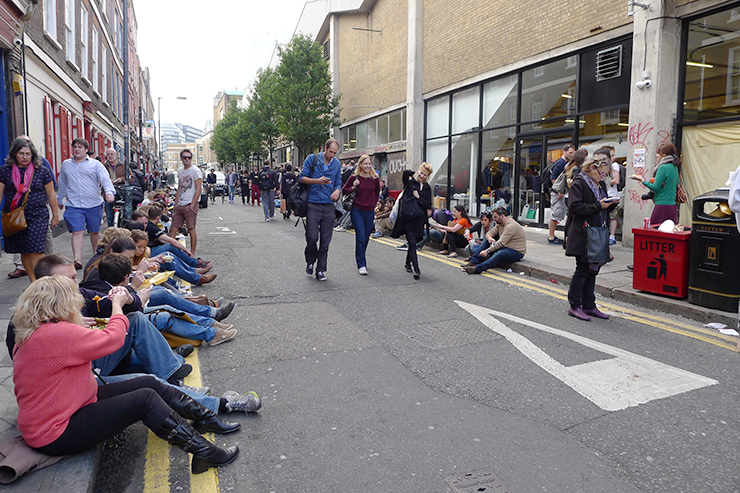 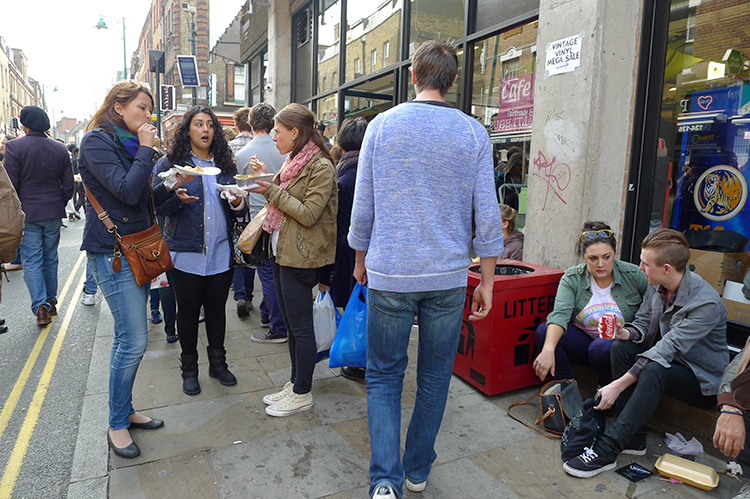 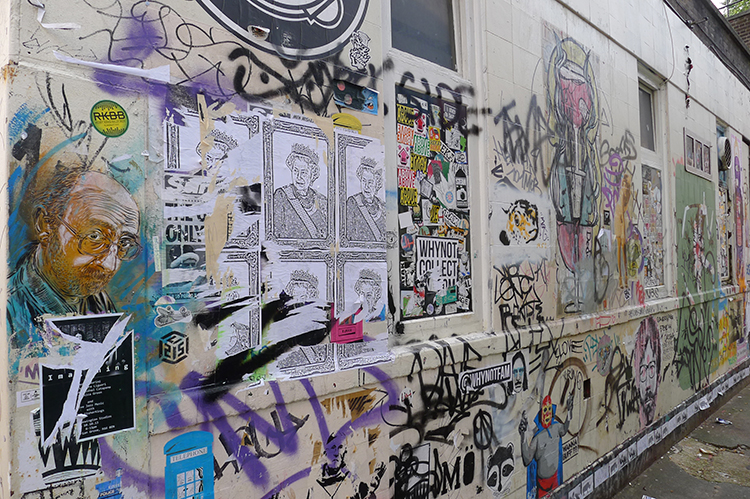